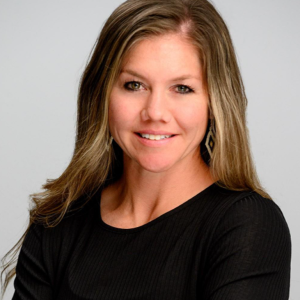 “My fitness journey has been a journey of nearly 40 years. At the age of 2

5, I was pregnant with my first child and gained 50 pounds. That weight came off relatively easy and with the next two pregnancies the weight gain was 25 and 20 pounds. However, with that third  pregnancy I was 39 years old. I had to work at that one. Biking became my go-to exercise, usually 20 miles a day. As my children grew up and became involved in activities my husband and I participated in our personal activities, volleyball, softball, etc. less and less. My weight started creeping up a little bit every year after that.

I began a sitting (driving) job shortly after my third child was born. My weight really began increasing in my 40’s and 50’s. It became troublesome when I turned 60 and my lab results at my yearly physical showed the consequences of not enough physical activity and too much weight gain. The worrisome results; blood sugar, blood pressure, cholesterol were all inching closer to the red zone, over normal and acceptable values. And my liver enzymes were already over acceptable normal value at age 61 and 62. My doctor and I sat down to discuss these results and he expressed his concern and the need to look at some corrective actions. I knew I was going to retire that summer and I asked him to give me a year to see if I could correct some of these issues before committing to medication, etc.

My initial thoughts were to join a wellness center or traditional gym. The problem with that however, was I knew nothing about weights, etc. I was concerned that I would end up being injured or just wouldn’t know how to correctly do the workouts. And there’s the issue of being judged for the extra weight I was carrying or just doing things wrong.

I had seen Anna Woods’ SheStrength Facebook posts about her app but knowing myself as not a particularly self-motivated individual I wasn’t sure that would be for me. I did try but true to form, I started and stopped a couple of times and did not continue.

Anna is the same age as my daughter so I had known her and her entire family for years and trusted her. When I realized that she was offering weightlifting classes at a physical barn/gym and was nearby that sounded like something that would work for me. Boy has it worked for me!

Anna’s approach to fitness makes so much sense and has been a real blessing to me. “It’s not about the scale” is such a powerful statement. After a year of commitment to showing up and working out, my doctor was so pleased with my lab results. Blood pressure, blood sugar, cholesterol results were all inching downward and best of all my liver enzymes were at the low end of the normal values. And after the second year of three days of workouts a week, my lab results were even better. My doctor’s advice was ‘Keep doing what you’re doing!’

In addition, the weight is coming off. I’ve lost nearly 25 pounds, kept it off, and gone down four sizes in jeans. I discovered that, no, muscle does not weigh less than fat but it does take up less space which means a leaner trimmer body. I did commit to eliminating soda pop from my diet but pretty much eat what I want, which tends to be fairly healthy most of the time.

Other benefits that I have noticed are better balance, and overall strength. Sometimes it’s subtle but I do something and it’s like ‘Oh, that used to be harder for me to do or I would have lost my balance there and maybe fallen,’ and now I don’t.

What I really appreciate about coming to Anna’s gym is her commitment to helping everyone in such a positive way. All shapes, sizes, and ages have the opportunity to learn so much from her. Her programming allows modifications for someone like me who is heavier and ‘older’ and just starting out with zero knowledge. There is no judgment. There are days when you feel like you haven’t worked out that hard but later that day or the next day you feel it and realize that it WAS a workout. I am the person who if the programming was just a killer I would not stick it out long term. Anna strikes the right balance of being supportive while still offering challenges or challenging workouts.

A few weeks ago I had a health incident that put me in the ER and the hospital for two days. It was unexpected and involved a rapid heart rate. It was such a surprise since I had just passed my physical with flying colors two days before. It ended up being an electrical issue with a test showing that my heart was beating fine and was in great shape, which I attribute a great part of that to the work I’ve been putting in with Anna these last two years. The first question I asked the doctor was ‘When can I go back to my weightlifting classes?’ Thankfully his response was ‘tonight if you want.’ These classes have become a part of my life.

I remember a comment Anna made when the subject of cost came up: ‘The cost of coming to my gym for a year is about the cost of one month of insulin.’ Which would you rather pay for? No question I would rather pay for continued health without medication as long as I have the choice.”